It Was a Centennial Celebration! 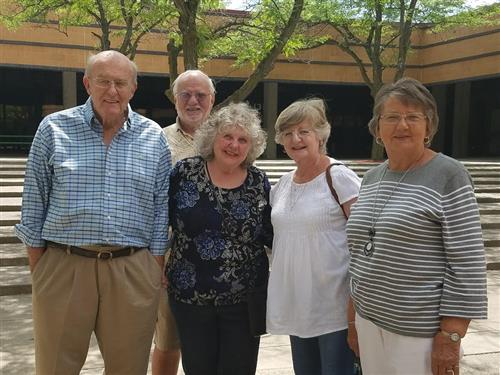 Click on the above image for more photos from the Spirit of the Lakes weekend.

July 26, 2018 — Westonka Schools concluded the celebration of our Centennial on July 21 with an All-School Reunion with open houses and a program, plus all the fun of the Spirit of the Lakes parade and activities. And what a year it has been!

We began celebrating the 100th anniversary of our first year as a grades 1-12 school district and the opening of the first Mound High School last year at Spirit of the Lakes 2017. There were special events and activities all year as the Centennial theme was tied into almost everything that happened – games, concerts, assemblies and on and on.

We had a great time celebrating and learning about our own history. But the topper was last weekend when we had a half dozen units in the Spirt of the Lakes parade and more than 300 people toured the district’s school buildings and shared their memories and stories. It was standing-room only for the All-School Reunion program at Mound Westonka High School. The program featured a trio of alumni performing the high school “Alma Mater”; viewing of the Centennial video; speakers from each decade; and finally, an audience-participation rendition of the high school rouser, or fight song.

Thanks to all who celebrated with us and to the Spirit of the Lakes committee for welcoming us to share in the big weekend and for putting on a wonderful few days of fun for the whole community! We are looking forward to the next 100 years!