Rick Dahl taught and coached in the school district for 33 years and is now retired. Two of Greg’s children, Ellie (2008) and Reid (2015), graduated from what is now Westonka. Greg's other son, Evan, ends the Dahl era, graduating with the centennial class in 2018! This makes four generations of the Dahl family to graduate from Mound.

The Westonka community has many long-time residents and families who have lived here for generations. As we continue to celebrate the centennial of our consolidated school district, we would like to highlight more of our three and four (or more) generation families that may include former and current students and staff. Please send a photo or photos of groups of family members or individuals, along with your information to welisten@westonka.k12.mn.us. 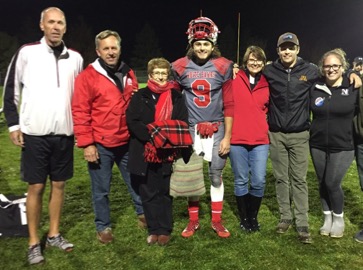